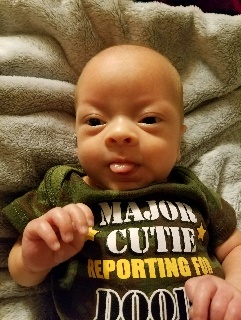 William Wyatt Johnson passed away peacefully at home, Sunday, November 19, 2017. He was born on September 10, 2017 at Toledo Hospital.

Memorial contributions may be made to the Ronald McDonald House.

Wyatt was perfect in every way, and was a fighter. He was very much loved and will be greatly missed.

To order memorial trees or send flowers to the family in memory of William Wyatt Johnson, please visit our flower store.