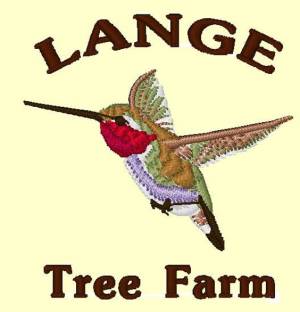 Walter “Walt” Henry Lange, age 81, of Swanton, Ohio, died Saturday, January 18, 2020, surrounded by his family following a stroke and a brief stay at Hospice of Northwest Ohio. He was born on May 7, 1938 in Toledo, Ohio to Arthur and Margaret (Willey) Lange.

He graduated from Macomber High School in 1956. Following high school, he attended the University of Toledo and obtained a Bachelor Degree in Mathematics Education, and Master and Education Specialist Degrees. He began his teaching career in the Toledo Public School System, then continued at the University of Toledo until he retired in 2012, with most of the years being at the Community and Technical College. Throughout his career, he co-authored several High School and College Mathematics textbooks.

Walt was inducted into the Fulton County Agricultural Hall of Fame in 2017 in recognition of his support of forestry management and the tree farm system in Fulton County. He maintained the 56-acre Lange Tree Farm for 30 years in Swancreek Township, where he planted thousands of trees that included white oak, red oak, black walnut, black cherry, white pine and American chestnut. He realized how important trees were to the land at the local, state, and national levels. In 2010, the Lange Tree Farm was recognized as the Ohio Tree Farm of the Year and in 2011, the National-Northeast Outstanding Regional Tree Farm of the Year.

Walt was well known and active in his Church and Community.  He was a member of St. Richard Catholic Church, serving on several committees throughout the years. He hosted Boy Scout camps for many years as well as served as mentor to several Eagle Scout projects. He served on the Fulton County and Swancreek Township Zoning commissions as well as the Swancreek Water District Board.

Walt was preceded in death by his parents; sisters, Ruth Kean and Patricia Welsh, and brothers Robert “Bud” and Arthur.

He is survived by his children, Denise (Dennis) Heban and Lisa (Tom) Higginbotham; his grandchildren, Catherine and Nicholas Heban, and Nathan, Elyssa and Kyle Higginbotham; and sister, Marian (Jack) Tripp.

In lieu of flowers, the family requests that memorial contributions be made to St. Richard - Memorial Garden Fund.

To plant a tree in memory of Walter "Walt" H. Lange, please visit our tribute store.